The Ranger is a small pickup truck made by Ford. If you have one or are thinking about purchasing one, you are probably wondering a few things about it. Do they last for a long time? Are they reliable? What kind of issues should I be prepared for? Like many other cars, if you treat a Ford Ranger right, it can last you for an extremely long time. Just how long can you expect to keep your Ford Ranger around?

So, how many miles can a Ford Ranger last? If you take your Ranger in for regular maintenance, it can run for well over 300,000 miles. Some owners have even stated that their Ranger has run for over 450,000 miles. This truck is said to be extremely reliable and can run for a very long time.

Is a Ford Ranger Reliable?

The Ford Ranger is a super popular truck, and it has been for decades. It is small, inexpensive, and has a good-looking build to it. It is the perfect size for someone who wants the convenience of being able to tow or haul something large, but who doesn’t want a full-sized truck.

Even more impressive, there is an 80-year old man who purchased a 2000 Ford Super Duty brand new. In January of 2020 this truck had 1,100,000 miles on the odometer and is still running strong! Will there be a million mile Ford Ranger? It’s definitely possible!

What are the Most Common Problems on a Ford Ranger? 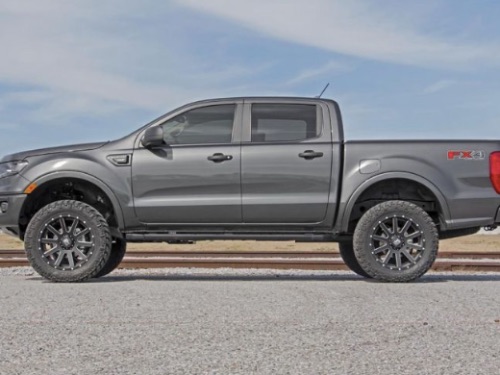 The 2011 model, the last model before 2019, received 256 complaints and 3 recalls. The most common issue of this model is transmission problems, followed by body problems, engine problems, AC problems, and electrical problems.

What are the Best Years of the Ford Ranger?

There are several model years of the Ford Ranger, but which ones are the best? The Ford Ranger high mileage reliability is nothing new, it spans over the decades that the Ranger has been around. Let’s discuss which five models were the most popular and why. What kind of issues did these most popular years face? How were the issues made right by Ford?

As the saying goes, they just don’t make them like they used to. The 1986 model of the Ford Ranger is the most reliable model out there to this day. It experienced very few complaints from customers that have owned the truck. However, since it was one of the first models, there were a few recalls and investigations of this truck. The most important recall this model experienced was an issue with the fuel lines. As fot the investigations, most were closed and only a few resulted in recalls.

This model year only received 257 customer complaints and 3 recalls. The complaints were mostly about the transmission and body, with a few engine problems as well. The recalls had to do with the airbags and the steering column, customers were notified of all recalls, and repairs were made free of charge. This was the last year of production before Ford stopped making the truck for 8 years.

This model year only received 165 complaints from customers. The most common issues with this model had to deal with body and paint problems, followed by AC and heater problems. There were 6 recalls associated, and each time, the customer was notified of the recall and repairs were made for free.

This model year received only 378 complaints, with the most common being AC and heater problems, followed by body and paint problems. There were 3 recalls concerning the front airbags and steering column, all of which were repaired at no cost to the customers. The 2008 model was extremely popular for the body style.

This model year only received 23 complaints from customers. The most common issue for this year was engine problems, the most common being that the engine would not start if it was too warm. Other than that issue, the 1994 model was made extremely tough and durable. It remains one of the most popular model years to date.

Just like any other vehicle, if you take care of your Ford Ranger and provide it with the regular maintenance it needs, you will be left with a reliable car that can run for an extremely long time.

How Many Miles Can a Ford Escape Last? Are They Reliable?